There is a popular phrase among Financial Planners: “People don’t plan to fail, they just fail to plan.” Here it is February and many of us, including ourselves, set goals in January that have already gone off track or been forgotten altogether. Sometimes we just give up too easily or have a lack of discipline, but I think many times life just gets in the way.
Something unexpected happens, throws a wrench in the plan, and when we get off track so early on in the process, many of us don’t get back on. We didn’t expect distraction or prepare for the unknown.

I’m guilty right now of this. A new baby and unexpected relocation interrupted my gym routine. Before I knew it, it had almost been a year since I’d been in. Regardless, I made a goal for myself in January that I would get back into a good gym habit and in the second week, I went in on a Tuesday, did a light workout, then left and headed into town to run some errands. On the way there someone pulled out in front of me. I slammed on the brakes, veered when I realized I wasn’t going to stop in time, and plowed into them.
When I opened my eyes, smoke was coming into the car and I could hear, through the ringing of my ears, someone asking me if I was okay. It took me a minute to realize what had just happened. “I’m okay,” I was telling someone. I unbuckled, and slowly got out. It didn’t feel like anything was broken, except the car. Accidents happen. Sometimes we just don’t see what’s right in front of us. Sometimes we do, but it’s too late and no matter what you do…crash.

I just keep thinking about how fast it all happened. It feels a little dramatic for me to call the accident a near-death experience. Maybe near-broken-bones, but I don’t think death. However, the speed and intensity of the unexpected certainly has quieted my mind many times since then. I had a goal, I even had a plan, but life still happened and I’m off track again. It just happened so fast.

I believe that sometimes our smaller plans and goals are interrupted to reveal the existence of, and maybe the need of, a much bigger plan. Sometimes the unexpected happens to open our eyes and pause us long enough to breathe and look around. Goals are good, plans are better, relationships are best. Goals get accomplished through good plans. Good plans keep you on track. Good relationships help you get back on track and keep you there.

“Though one may be overpowered by another, two can withstand him. And a threefold cord is not quickly broken.”

We’ve recognized this and our call to give regardless of if we receive in return. Starting this month, we will begin hosting a monthly conversation on Facebook to talk about money and what it looks like to make financial goals and plans with your faith (the greatest relationship) in mind. Goals are good, plans are better, but relationships are best. Join us, and together, we can discover and live out what it means to Go Beyond Money.
Find us on Facebook.com/arborbrookfinancialconsultants or visit Arborbrookadvisors.com/gobeyondmoney. 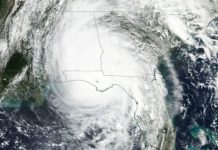 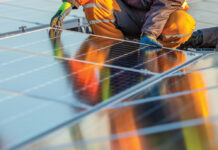 Think Solar is too Expensive?