We are in the middle of celebrating two very patriotic holidays, Memorial Day and Independence Day. Memorial Day commemorates the men and women who have died in military service for the U.S. Independence Day (Fourth of July) celebrates the birth of American independence from Great Britain on July 4, 1776. We also celebrate Veterans Day in November, honoring all persons who have served in the U.S. Armed Forces. 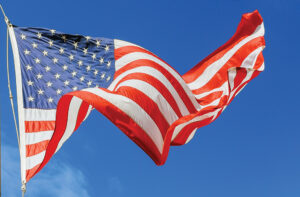 If you go in order, The Declaration of Independence precedes all of these holidays. This declaration led to our Constitution which guarantees our freedoms, including the Bill Of Rights. The final version of our Declaration of Independence declares: “We hold these truths to be self-evident, that all men are created equal, that they are endowed by their Creator with certain unalienable Rights, that among these are Life, Liberty and the pursuit of Happiness.”

Our freedoms were fought for from the very beginning and have been fought for ever since. These men and women were and are the ultimate Patriots. Patriotism, however, shouldn’t just be attributed to those who have served in our Armed Forces. Patriotism should be practiced by EVERY citizen of the United States.

The definition of Patriotism is “devotion to and vigorous support for one’s country. A patriot is a person who is on the side of his or her own nation or its leaders.” To support one’s country doesn’t mean you have to agree with everything the current political leaders endorse. What is does mean is that you support and stand up for the freedoms that our country represents.

The freedoms that make our country different and stand out among all others are stated in The Bill of Rights. Those include: Freedom of Religion; Freedom of Speech; Freedom of The Press; Freedom of Assembly; Freedom of Petition; The Right To Bear Arms; ‘No-Quartering” Right; The Right To Equal Justice, The Right To Own Private Property. The 10th Amendment includes: freedom to live or travel anywhere in our nation; freedom to work at any job for which we can qualify, freedom to marry and raise a family, freedom to receive a free education in public schools, and freedom to join a political party, union or other legal group. Aren’t you thankful for these freedoms? Let’s never take them for granted.

In a 2018 Gallop Poll, only 33% of Americans aged 18-29 said they were proud to be an American, while 60 % of those age 50+ expressed extreme patriotism. The surprising and disturbing statistics in this poll, however, were that between 2013 and 2018 all age groups under the age of 50 went down significantly in their pride in being an American.

Those are troubling and sad statistics. Why this drop in patriotism? I believe a lot of it comes from the lack of accurate knowledge about our country’s history and the moral fiber our country was founded on. As my husband, Bob, put it, “Revisionist history and expunging God from our society are the root causes of the failure and decline of patriotism in our country today.” History used to be one of the major subjects taught in school from elementary school through high school. That doesn’t seem to be the case today. Even when history is taught, parts of history that might offend someone are left out or erased. How can we expect our youth to be proud of a country they know so little about? Today some schools are even teaching children to be ashamed of their country.

When searching for statistics on how many Americans have read the Constitution, the numbers were between 15% and 37%. So, when the majority of our people have never even read the Constitution that our country was founded on and what all who serve swear allegiance to, why should we be surprised that patriotism is on the decline.

When I was in school we stood, with our hands over our heart, and all quoted the Pledge of Allegiance. We all knew the words and no one even thought about refusing to do this. Today we see people refusing to stand and pledge allegiance to our flag. Kids in school, people in sports, many of those in the media and entertainment industry stay seated or take a knee when saluting our flag or speak disparagingly about our country.

Freedom is not something to take for granted. We all enjoy the picnics, fireworks and fun when celebrating these holidays. But let’s never fail to acknowledge the sacrifices that secure our freedoms. People throughout the history of our country have left home and family, bled and fought under extreme circumstances, seen and experienced horrific things and even died for our freedom.

I belong to a family with strong military ties. My father-in-law was a prisoner of war in Japan in WWII. My husband, his brothers, my brother, and many of the next generation of our family have served in the military. We have seen, first hand, the cost of freedom. That’s why when we see a flag waving in the wind or hear the National Anthem, our hearts swell and we proudly salute the flag that represents the “land of the free.”

While our country is not perfect, what has made our country different and great is its stated commitment to liberty, justice and equality for all.

Be Aware:
Be more aware of the cost of freedom in our country.
Know and understand the principals and foundations our country was built upon. www.archives.gov/founding-docs.
Think about some of the things you have had to give up during COVID-19 and give thanks daily for some of the freedoms we have regained in our nation.
Ask yourself how quickly and at what costs you would be willing to give up your freedom?
Be aware of any negativity you might have toward our country and find ways to change that.

Be Intentional:
Read more about the history of our country and make sure your children are aware of our nation’s history.
Celebrate our country’s holidays, not just with fun and food, but with remembrance and appreciation.
When given the opportunity to salute our flag, think of all that it has cost those in our military to insure our freedoms and stand proud!
Find ways in the community to thank and support those serving our country.
Thank God every day for the freedoms you enjoy. Never take them for granted!

Editor’s Note: While this was printed in the June 2020 issue of Destin Life, we felt is so relevant, we wanted to reprint it again this year. 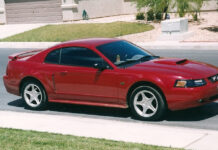 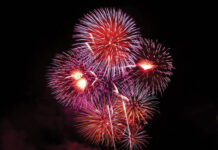 A Pastor’s Ponderings: Fireworks Like You’ve Never Seen Before 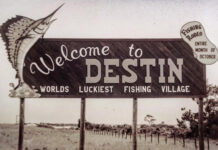