You may hook it, but can you pull it in? Do you have what it takes to go the distance with a trophy hulking fish? Fish as massive and merciless as those caught in the Destin Fishing Rodeo have been known to leave anglers with damaged tendons, muscles or even a ruptured disk. Pulling against a load with a reel set at 35 pounds of drag on an 8-foot rod for 10 or 20 minutes+ will give you a starting idea (…that’s just waiting for the bite).

People can achieve most aspects of the sport with moderate exercise. Deep sea or off-shore fishing, casting big, heavy lures and working big jigs, is at the far other edge of the sport. “Large, high-end spinning gear can be relatively heavy, and vigorously casting a 6- or 7-ounce plug up to 300 times in a day can sap even the fittest anglers of energy,” says John Cahill in Sport Fishing Magazine, “Long, fast-tapered rods are vital to distance casting, but not terribly effective when fighting fish, acting as a large fulcrum against the angler. Against heavy drag settings,” Cahill says, “powerful fish tend to pull the rod down and away, offering the angler poor leverage.” This combination can physically mean massive load and strain of spinal erectors (lower back), hamstrings (back of upper legs), glutes (your butt), latissimus dorsi (large muscular “wings” on your upper back) and all the parts that hang on (hands, arms and shoulders).

You will be in a world of hurt if you are not in good shape or have bad technique for such rigorous fights. An angler CAN be prepared to WIN a big fish battle, but that doesn’t happen from just sitting on the couch. Physical preparation is turn-key to execute a successful and safe big-fish-fighting technique. Highly important is any cardio exercise to build physical endurance; looking for sports specific, the rowing machine is the top choice to build stamina for the unpredictable struggle. For sure, building strength is the cornerstone for keeping your back and joints protected. Following are the five most important exercises for big deep-water tournament fishing.

Rowing: Although there are several options for rowing, there is actually a “Fisherman’s Row” which is a little hard to explain in words. It’s a 1-arm row, but instead of the traditional one knee on the bench and other foot on the floor, you have both knees on the bench, kind-of staggered and still supporting your upper body with one arm; the other arm picks the dumbbell off the floor and pulls/rows alongside your ribcage, pinching your shoulder blade with some, but very minimal rotation.

Kettle or Dumbbell Sumo Squat with Upright Row: This is just a wide squat holding the kettle or dumbbell with both hands (or alternating 1-hand), touching the weight to the floor during the squat; then when you come up, bringing the weight to chest height with elbows leading higher than your grip.

Hamstrings Deadlifts: Done with dumbbells, kettle or plate-loaded bar, stand straight up holding the weight in front of your thighs; reach the weight to your feet, keeping it close to your straight-as-possible legs; then bring it back up to thighs (KEY: Please keep back straight, strong and engaged.)

Low Back: Hyper-extensions performed on the floor, physio ball, TRX or machine. Start face down and lift the upper body backward or off the floor while leaving legs stationary and planted. 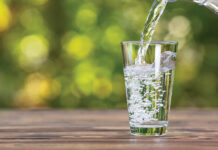 Water: A Necessity for Life 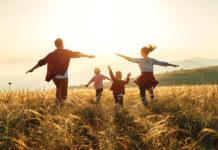 You Are NOT Your Mistakes 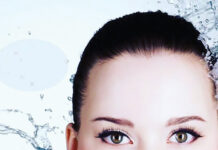