Wholesome, Fun Books For Kids Of All Ages 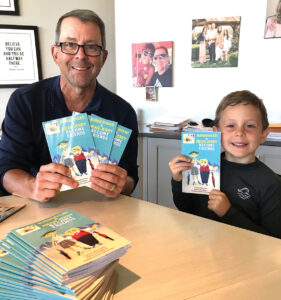 Are you looking for great read-aloud books or first readers for your kids? Local author Dan Madson has released the first two offerings in a brand-new best-selling series of books for children. Featuring two lovable characters named Burgerhead and Mean Jerry, Dan’s stories are wholesome, humorous reminders of how important friendships are and how much fun it is to be a kid.

In a unique collaboration, Dan and his age six grandson, Mack, have been working together to bring Dan’s boyhood stories to life. Mack came up with the characters and all the stories are loosely based on the shenanigans Dan got into when he was a kid. The books are beautifully illustrated by a talented artist from Belarus named Veronika Gonchar.

Book 2: Burgerhead and Mean Jerry Visit the Farm – (December, 2020) – Burgerhead invites Mean Jerry to help out on his uncle’s farm. Mean Jerry meets Uncle Everett and the boys are given a couple of chores to do. When Mean Jerry fails to listen to some important instructions, the fun begins.

Book 3: Burgerhead and Mean Jerry Go To Obedience School (Coming April, 2021) – Burgerhead has three well-behaved dogs named Four, Five and Six. Mean Jerry has a one-eyed dog named Bert. Bert is not well-behaved at all. In order to teach Bert some manners, Mean Jerry takes him to Miss Wiegel’s Obedience School. Everything seems to be working out great until Mean Jerry has to demonstrate what Bert has learned at the year-end dog show. Chaos ensues, and both boys learn some valuable lessons.

All of Dan’s books are available through his website SkrivePublications.com , Amazon and other major book retailers. You can reach him at dan@skrivepublications.com or 608-332-6986.

Dan is a former middle school teacher and basketball coach from Madison, Wis. He’s a two-time Ironman finisher, avid golfer and world traveler. In addition to his work as an author, he is also the founder and principal of Skrive Publications which offers copyediting, proofreading and publishing services. Dan currently resides with his wife in Miramar Beach. 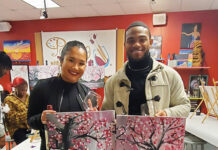 Painting With A Twist! 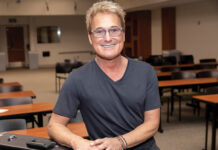 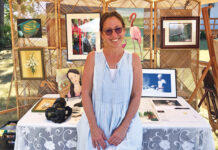