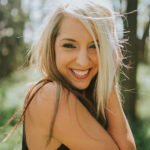 By Cali Hlavac, To Do in Destin

By this time in the season, most of us anglers have a severe case of cabin fever. We’re constantly checking the weather apps on our phones, seeing which days will be warm enough with low winds to try and get out on the water. Weather changes mean new fish species to target, and the excitement is almost too much to bear.

“Flounder and Sheepshead are two popular winter/spring fish that anglers will be targeting in this area,” says Captain Lionel James of Lion’s Tale Adventures Fishing Charter. “Flounder will start to school up in October as they prepare to migrate during winter with the cooler water,” he says, “typically heading out into the nearshore gulf areas.” The move allows them to settle on natural and artificial reefs to spawn at this time.

Because of their shape, Flounder are typically always found on the bottom, where they can burrow into sand to await prey. They hang within 200 yards off the beach, typically at depths of 20 to 60 feet. Common Flounder species in the Gulf of Mexico are the Gulf Flounder and the southern Flounder, and odds are the latter will be a much larger fish – with the female southern Flounder maxing out at roughly 28 inches.

Our other winter fish, Sheepshead, become a lot more active in the winter time and the cooler water. They’re almost always found hanging around structures such as jetties and bridges where oysters and barnacles grow. To try and catch one, we recommend using live shrimp or fiddler crabs as bait, as Sheepshead will rarely take artificial bait. “Sheepshead can be a little trickier for clients to catch,” James says. “They like to steal your bait and leave the hook exposed, so you’ve really got to feel for that subtle bite. Once you hook them though, they’re quite a fight!”

When we mentioned earlier they are two of the tastiest fish to catch, we weren’t kidding. Both species are considered prime seafood, with a delicious white meat that’s never oily or “fishy” in taste. Flounder have most of their meat contained to one side, making it easy to clean and keep one solid chunk of meat. Sheepshead have a few more bones to remove, and both fish are tasty when prepared grilled, broiled or fried.

Just reading this not only makes my mouth water, it has me pulling out those weather apps asking, “Is it nice enough to go fishing yet?” If you’re a fellow angler feeling the same way, we’re in this together. Let the countdown to spring begin! 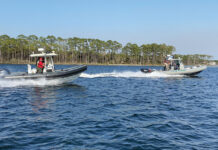 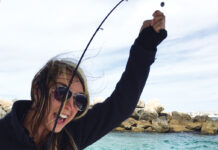