“God, if you want me to do this, you’re gonna have to do something.”

This is exactly where He wants us.

Before my time with Arborbrook, my wife and I had a small handmade soap company. We worked the farmers markets in town and were fortunate to land some retail accounts in Seaside and Rosemary Beach. The business was growing fast, and we were very excited.
We started getting calls and emails from stores across the country and even a few international requests. We had no idea what we were doing, but had a passion for business development and startups. So, the risk of the unknown was acceptable. Or so we thought.

Soon enough, we started to feel the pull to take the business on the road. We pushed back for a while, but the feeling wouldn’t go away. In fact, it got stronger. We prayed. At the time, I was driving a small sedan. There was no way we were road-tripping with all our equipment, inventory, setups and personal bags in my small sedan. I justified us refusing the call because of that, but the pull only got more intense, until I finally threw my hands in the air and told God that if He wanted us to do that, He was gonna have to give us an appropriate vehicle.

Somehow, I believed I had put God in checkmate.

The next day, less than 24 hours, my wife gets a call from her mom. “I’m buying a new car. Do you guys want the van?”

Like a teenager whose parent had just won the argument, I submitted. “Fine.” 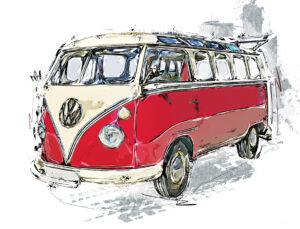 It was the experience of a lifetime. Our business continued to grow, but we didn’t know from one day to the next where we were going, how much we would sell, if anything, or where we would even sleep. The large increase of expenses due to travel quickly ate up our reserves, and then our cashflow. We’d worry, try to problem solve on our own, ultimately arriving back in the same place; seeking the One who called us there.

The adventure culminated at our arrival in Redding, Ca. Over three weeks, we began to realize that it was never about the business or the money. It was about us learning to trust in God’s provision, understanding Matthew 6:25-34 at a much deeper level, specifically verse 26: “Look at the birds of the air, for they neither sow nor reap nor gather into barns; yet your Heavenly Father feeds them. Are you not of more value than they?”

Arborbrook’s calling is to guide Christians towards greater stewardship. We do that through a very different style of financial planning. Our vision is to see a culture changed, to see people’s relationship with money shift into a stewardship model, recognizing who the True Owner is. If you’re ready to take that first step, we challenge you to put actions to your words and make the commitment by joining our humble movement: arborbrookadvisors.com/gobeyondmoney. 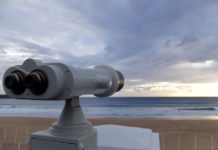 Visioning Through a Crisis 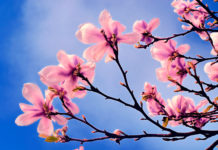 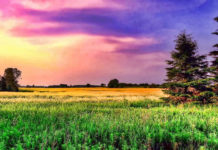 Exercise is a Mom’s Best Friend