Four hundred years ago in September, two vessels were scheduled to sail from the Southern coast of England. One vessel, the Speedwell, was deemed unseaworthy. So, her passengers squeezed onboard the second vessel and on the 16th of September 1620 from Plymouth England, the Merchant ship known as the Mayflower with 130 – odd people plus sheep, goats, chickens and dogs set sail on her own for America. In their haste to sail, they forgot to bring along fishing rods.

It is thought that there were around 30 children on board the Mayflower during her epic voyage to America, but little is known about them. Some were children of the passengers, but some were sent by families who stayed behind. They were cared for by families onboard the ship while other children sailed as servants. Four siblings ages 4 – 8 were given passage by their wealthy father as a means of getting rid of them, because he felt sure their mother had been unfaithful to him and, perhaps, they were not even his children. They were placed in the households of prominent Pilgrims. I will tell you more about them later.

Girls are supposed to be the weaker sex; there were 11 young girls on the passenger list ranging in age from 1 to 17 and all of them survived the voyage. There was one baby born during the crossing, a boy appropriately named Oceanus. Amazingly, only one passenger died during the harrowing 66-day journey across the Atlantic. They landed on the tip of Cape Cod Nov 6, 1620.

Unfortunately, their first winter in the new world was far worse than the treacherous voyage. Due to food shortage and disease, only half who made the journey survived to see spring and the creation of their new settlement. Only one of the four siblings sent by their father, an age 6 boy, made it through the winter. He later married and became quite prominent. The baby boy Oceanus died about the age of 2.

The Mayflower was 90 – 110 ft. in length, 25 ft. wide with three masts and three-four decks. She had a crew of 30 and all passengers ate the same thing every day. The ship had design flaws that made it impossible to cook due to rocky water and high winds.

Compare the Mayflower to today’s Queen Mary 2 at 1,132 ft. long with 12 decks and accommodating 2,695 passengers and 1,292 crew, not to mention the exquisite accommodations and fine cuisine.

I was scheduled to host a cruise on Cunard’s Q Mary 2 in partnership with Ancestry this year. This transatlantic crossing from New York to Southampton was to mark the 400th anniversary of the Mayflower Voyage but, you know why that didn’t happen. What you might not know is there are 12 generations and 35 million descendants alive today from Mayflower passengers and you might be one of them. This cruise was to have been a “Journey of Genealogy” voyage. Ancestry experts planned to host talks themed around the Mayflower voyage and the stories of the passengers on board. They would also offer the opportunity to trace your family tree through the centuries and find out how your DNA connects you to the world.

While I absolutely love to travel, I also love researching my ancestors and traveling is a great way to do that. Helping others to search their family and discover their roots is extremely rewarding. That is why my husband and I teach genealogy and family history research classes for free and host Heritage and Genealogy Tours.

Half of the passengers on board the Mayflower were searching for not only a better life, but religious freedom as well. They were worried that law and order would break down once ashore, so they signed an agreement on the 11th of November—the ‘Mayflower Pact’—creating a “civil body politic” which was the United States’ first governing document. How interesting is it that 400 years later there is a break down in law and order and many in America today cannot worship in their churches? Our Constitution and many of our freedoms are now at risk, our history is being erased, the American Flag is something to throw to the ground and burn and patriotism is a dirty word. Let’s remember those who landed 400 years ago at the tip of Cape Cod in November 1620 to start a new world as we vote in the United States of America this November 2020.

Note: There is a replica of the Mayflower on display at Plymouth, Mass. It was built in Devon, England in 1956-1957.

I will be rescheduling the “Journey of Genealogy” cruise and I will post it in this paper and on my website at havetravelmemories.com. 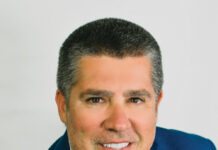 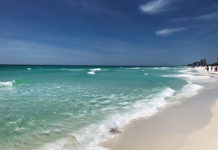