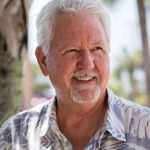 Who doesn’t want to feel loved, respected, and admired? We search our entire lives for a sense of fulfillment. We compete on the job and in almost everything we do. Ambitions can drive us to heart attacks. Entertainment and sports dominate our attention as they give us the feeling of achievement, even if it is through someone else. I have been on this same unconscious quest since my dad left when I was five years old. I want to feel like I matter.
Picture the scene here as Jesus plays with a child. Christ is seemingly oblivious to the disciple’s debate, as they contend to be the greatest among His followers. The discussion revealed their root problem as each of them longed to be top dog. Don’t we all want to feel like we are in the driver’s seat?

Jesus interrupts the disciples with this object lesson. Holding the child close, the Lord attempts to refocus their vision. He seems to say, “Love matters more than status. Joy rules, but rivalry rots the bones. Ladder climbing wears you out, but play renews your strength. Brothers, look at this child.”

By most earthly standards, a child lacks status–no money, possessions, property or fame. A kid is virtually powerless. Yet Christ exemplifies them as the greatest. Why? Because children are open and vulnerable. Turning to the disciples, “Christ said to them, ‘Whoever welcomes this little child in my name welcomes me’” (verse 48). Children play with almost anybody–even the bearded Savior who speaks in mysteries. We should be so welcoming.
Are we like the disciples? Do we long for status to make us feel significant? The notion we might be insignificant haunts us. Down deep where the soul meets the spirit, do we wonder if our lives are meaningless?

Standing not far away, Jesus holds the child. Imagine Jesus looking at his disciples and shaking his head. “Look at this child,” he seems to say, neither striving nor jockeying for position. The little child stands innocent, vulnerable and open–the ideal follower.

My youngest daughter is a bartender at a high-end restaurant in the Boston area. She works with many people with alternative lifestyles. She recently said that she would never identify herself as a born-again, evangelical Christian, because those terms would evoke many bad associations for them. So, I asked her, “How do you identify yourself with them?”
“I tell them I’m with Jesus.”

That simple phrase releases the power to spread the grace of God. No condemnation, no indoctrination, no competition, and no finger-wagging. Just Jesus.

John 1:12-13 adds, “Yet to all who received him (Jesus), to those who believed in his name, he gave the right to become children of God.” In the end, it is those who become like children that are the greatest of all.

Dave Holland pastored churches for more than 38 years before retiring in Destin. He recently released his new devotional-Bible study based on the Gospel of Luke called “Every Day Jesus: Experience the Jesus Who Ignites Your Soul.” You can get a copy of this book from his website, DaveHolland.org, or by contacting him at davidvholland54@gmail.com. Pastor Dave is available to preach and teach in churches and conferences. 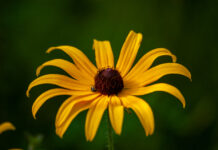 A Pastor’s Ponderings: It Happened One Summer 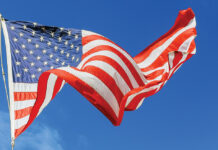 What Ever Happened to Patriotism? 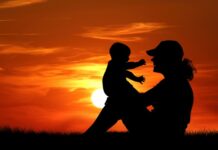 A Pastor’s Ponderings: Yeah, My Momma Was Right